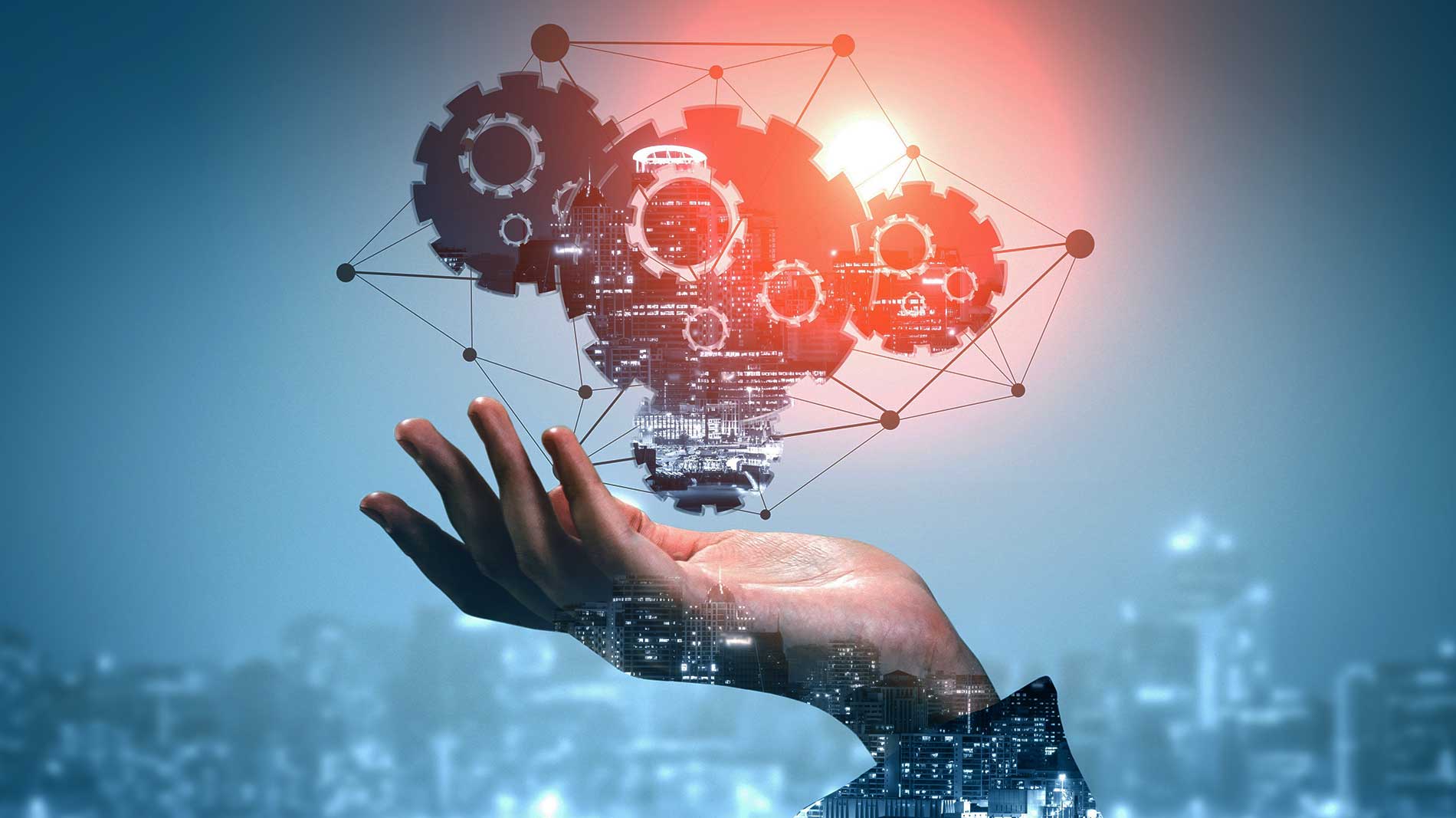 Everything You Should Know About Artificial Intelligence

How does AI work?

As the hype around AI has accelerated, vendors have been scrambling to promote how their products and services use AI. Often what they refer to as AI is simply one component of AI, such as machine learning. AI requires a foundation of specialized hardware and software for writing and training machine learning algorithms. No one programming language is synonymous with AI, but a few, including Python, R and Java, are popular.

In general, AI systems work by ingesting large amounts of labelled training data, analyzing the data for correlations and patterns, and using these patterns to make predictions about future states. In this way, a chatbot that is fed examples of text chats can learn to produce lifelike exchanges with people, or an image recognition tool can learn to identify and describe objects in images by reviewing millions of examples.

Learning Processes: This aspect of AI programming focuses on acquiring data and creating rules for how to turn the data into actionable information. The rules, which are called algorithms, provide computing devices with step-by-step instructions for how to complete a specific task.

Reasoning Processes: This aspect of AI programming focuses on choosing the right algorithm to reach the desired outcome.

Self-Correction Processes: This aspect of AI programming is designed to continually fine-tune algorithms and ensure they provide the most accurate results possible.

Why is Artificial Intelligence important?

AI is important because it can give enterprises insights into their operations that they may not have been aware of previously and because, in some cases, AI can perform tasks better than humans. Particularly when it comes to repetitive, detail-oriented tasks like analyzing large numbers of legal documents to ensure relevant fields are filled in properly, AI tools often complete jobs quickly and with relatively few errors.

This has helped fuel an explosion of inefficiency and opened the door to entirely new business opportunities for some larger enterprises. Before the current wave of AI, it would have been hard to imagine using computer software to connect riders to taxis, but today Uber has become one of the largest companies in the world by doing just that. It utilizes sophisticated machine learning algorithms to predict when people are likely to need rides in certain areas, which helps proactively get drivers on the road before they’re needed. As another example, Google has become one of the largest players for a range of online services by using machine learning to understand how people use their services and then improving them. In 2017, the company’s CEO, Sundar Pichai, pronounced that Google would operate as an “AI-first” company.

Today’s largest and most successful enterprises have used AI to improve their operations and gain an advantage over their competitors.

What are the Advantages and Disadvantages of Artificial Intelligence?

While the huge volume of data being created daily would bury a human researcher, AI applications that use machine learning can take that data and quickly turn it into actionable information. The primary disadvantage of using AI is that it is expensive to process the large amounts of data that AI programming requires.

• Only knows what it’s been shown; and

• Lack of ability to generalize from one task to another

What are examples of AI technology and how is it used today?

AI is incorporated into a variety of different types of technology. Here are the examples:

When paired with AI technologies, automation tools can expand the volume and types of tasks performed. An example is robotic process automation (RPA), a type of software that automates repetitive, rules-based data processing tasks traditionally done by humans. When combined with machine learning and emerging AI tools, RPA can automate bigger portions of enterprise jobs, enabling RPA’s tactical bots to pass along intelligence from AI and respond to process changes.

Data sets are labelled so that patterns can be detected and used to label new data sets.

Data sets aren’t labelled and are sorted according to similarities or differences.

Data sets aren’t labelled, but the AI system is given feedback after performing an action or several actions.

This technology gives a machine the ability to see. Machine vision captures and analyzes visual information using a camera, analogue-to-digital conversion and digital signal processing. It is often compared to human eyesight, but machine vision isn’t bound by biology and can be programmed to see through walls. It is used in a range of applications from signature identification to medical image analysis. Computer vision, which is focused on machine-based image processing, is often conflated with machine vision.

This is the processing of human language by a computer program. One of the older and best-known examples of NLP is spam detection, which looks at the subject line and text of an email and decides if it’s junk. Current approaches to NLP are based on machine learning. NLP tasks include text translation, sentiment analysis and speech recognition.

This field of engineering focuses on the design and manufacturing of robots. Robots are often used to perform tasks that are difficult for humans to perform or perform consistently. For example, robots are used in assembly lines for car production or by NASA to move large objects in space. Researchers are also using machine learning to build robots that can interact in social settings.

Autonomous vehicles use a combination of computer vision, image recognition and deep learning to build automated skills at piloting a vehicle while staying in a given lane and avoiding unexpected obstructions, such as pedestrians.

What are the applications of AI?

Artificial intelligence has made its way into a wide variety of markets. AI plays an important role in the present scenario and has a great scope too. Students should also understand the difference between Aerospace Engineering and Aeronautical Engineering. You can check out the nine major applications of AI.

The biggest bets are on improving patient outcomes and reducing costs. Companies are applying machine learning to make better and faster diagnoses than humans. One of the best-known healthcare technologies is IBM Watson. It understands natural language and can respond to questions asked of it. The system mines patient data and other available data sources to form a hypothesis, which it then presents with a confidence scoring schema. Other AI applications include using online virtual health assistants and chatbots to help patients and healthcare customers find medical information, schedule appointments, understand the billing process and complete other administrative processes. An array of AI technologies is also being used to predict, fight and understand pandemics such as COVID-19.

Machine learning algorithms are being integrated into analytics and customer relationship management (CRM) platforms to uncover information on how to better serve customers. Chatbots have been incorporated into websites to provide immediate service to customers. Automation of job positions has also become a talking point among academics and IT analysts.

AI can automate grading, giving educators more time. It can assess students and adapt to their needs, helping them work at their own pace. AI tutors can provide additional support to students, ensuring they stay on track. And it could change where and how students learn, perhaps even replacing some teachers.

AI in personal finance applications, such as Intuit Mint or TurboTax, is disrupting financial institutions. Applications such as these collect personal data and provide financial advice. Other programs, such as IBM Watson, have been applied to the process of buying a home. Today, artificial intelligence software performs much of the trading on Wall Street.

AI as a Service

Because hardware, software and staffing costs for AI can be expensive, many vendors are including AI components in their standard offerings or providing access to artificial intelligence as a service (AIaaS) platforms. AIaaS allows individuals and companies to experiment with AI for various business purposes and sample multiple platforms before committing.

• Hence, AI is taking a roar in future

These are the things that you should be aware of as a career counsellor. When a student comes to you and wants suggestions on making a career in it, you can help him/her effectively.

If you are looking for a one-stop place and want to master the art of career counselling, do it with the Global Career Counsellor program by Univariety in collaboration with UCLA Extension. The program is an all-in-one guide to learn about career counselling from techniques and trends to best practices. This program has upskilled 5500+ individuals.

What are you waiting for? 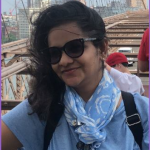 Ms. Shagufta Mulla is a non-practising B. Physiotherapist, a full-time mother, and a housewife from Surat, Gujarat. She is a Green Belt Certified Global Career Counsellor by Univariety and holds a record of participation by UCLA Extension and trying her hands in freelancing career counselling. 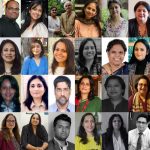 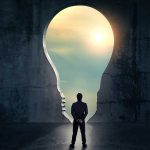